The Prettiest Shemale in the World

In 2011/2012, Bailey Jay Shemale won the awards for TS performer of the year. She also co-hosts the podcast, named: The Bailey Jay Show ( formally known as Bailey Jay Radio) with her husband, photographer Matthew Terhune, her podcast The Trans Witching Hour with Bailey Jay (AKA Gender Coaching with Bailey Jay) that deals with spirituality, the horror-themed podcast Blood Lust with Bailey Jay and also co-hosts the transgender and transsexuality advice podcast Sugar and Spice (formerly Third Gender Radio) with Jen Richards of We Happy Trans. Jay has also made several guest appearances on Sirius XM Radio The Jim Norton Show with Jim Norton, giving men advice about dating shemales.

So get to know Bailey Jay Shemale and check out more of her amazing photos and videos. She has been regarded as the most beautiful Shemale in the world. Please let us know what you think, whether on our social networking pages, or comment here.

— TS Models Will Do Anything — 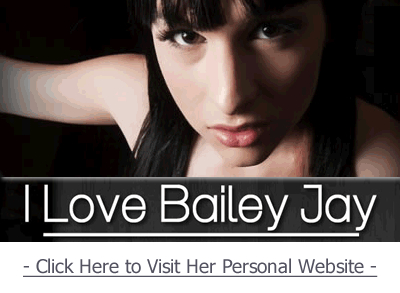